How much moisture does a new building release and do I need to worry about it?

Depending on where, when, how fast, and how well you build, construction moisture—sometimes called “built-in” moisture—may require significant one-time management.

I learned from my grandmother that my great-grandfather was a Pennsylvania home builder. She told us that he never built a home in the winter; she played in his woodshop much of the winter as he built cabinets, doors, windows, stair parts, and trim for the home or homes he would build when the weather permitted in the spring.

This would have been about the turn of the 20th century.

I bet he built homes slowly, never closing in a home until about six months after the foundation was cast. His homes probably leaked air like a sieve, were uninsulated, and were heated with wood—a lot of it. I doubt he gave even a passing thought to all the moisture released in the first year of the building’s life.

Around January 2019, I got a call to look at a home in climate zone 4A—actually it was almost in climate zone 5A—with significant moisture issues. It turns out the home was built in 11 weeks, from breaking ground to occupancy, just in time for Thanksgiving.

While there were bulk water management issues in specific locations, there was also fairly widely distributed mold growth on the interior surface of the plywood sheathing (at least in the walls).

The walls were insulated fairly well with asphalt-impregnated paper-faced fiberglass batts. A blower-door test had been done on the home. The result was 2.8 ACH50, so not Passive House tight, but not a sieve either (the average new home in the U.S. has an airtightness of about 5 to 7 ACH50).

The information above got me thinking about two moisture sources that could significantly raise interior air moisture content: household sources of moisture and construction moisture.

Conducting a one-time building assessment, all I could conclude about household moisture management for this home was that it seemed pretty good: the home had decent spot exhaust fans with good draw and the occupants reported consistent use. There were not that many house plants, no firewood was stored indoors, and it was a pretty big conditioned space for a family of four.

It was the rapid construction schedule that raised a red flag (for just about everybody except the builder, it seemed). And I had a general number in my head for this source of moisture—10 pints or about 10 lb. of water release per day. But rather than an average rate, what about the difference between the first six months vs. later on? And what about this particular house and its size and materials?

And, some other things to consider:

Let’s cut to the chase: You can expect thousands of pounds of water to be released to the interior of your new buildings in the first 6 months. Some materials will be releasing lots of water as vapor while others may be picking up or transmitting that water as vapor to deeper components in assemblies. The rate of this vapor emission is not linear for most materials but the moisture load can accumulate if there is no vapor management in the new building.

I have a spreadsheet that I use to calculate how much water it takes to move a certain volume of air from 30% to 80% relative humidity (at 68°F). For the home in question, which is about 4000 sq. ft. with a volume of 36,000 cu. ft., it would take the addition of about 20 lb. of water, and only about a dozen pounds of water to move the air in this house from 30% to 60% interior relative humidity.

I can’t prove that construction moisture was driving the mold growth on the interior of the plywood sheathing, but I am betting that the vapor in the home was great enough during early winter to overwhelm the paper-facing vapor retarder on the batt insulation and result in condensation in the wall cavities.

What can we do about construction moisture?

Here are some circumstances that increase the likelihood of excess construction moisture:

Summer 2019, Steve Baczek and I got to spend the better part of a day touring several of Matt Risinger’s projects. We talked about construction moisture and Matt said, “We have our own mobile dehumidification system set up on a flatbed trailer that we use to dry out our buildings whenever conditions dictate.”

Matt also routinely uses a pin-type moisture meter to assess the moisture content of his materials in addition to monitoring the air inside his under-construction homes.

Do you have a method for managing construction moisture? If so, we’d love to hear about it. Use the comment section below… 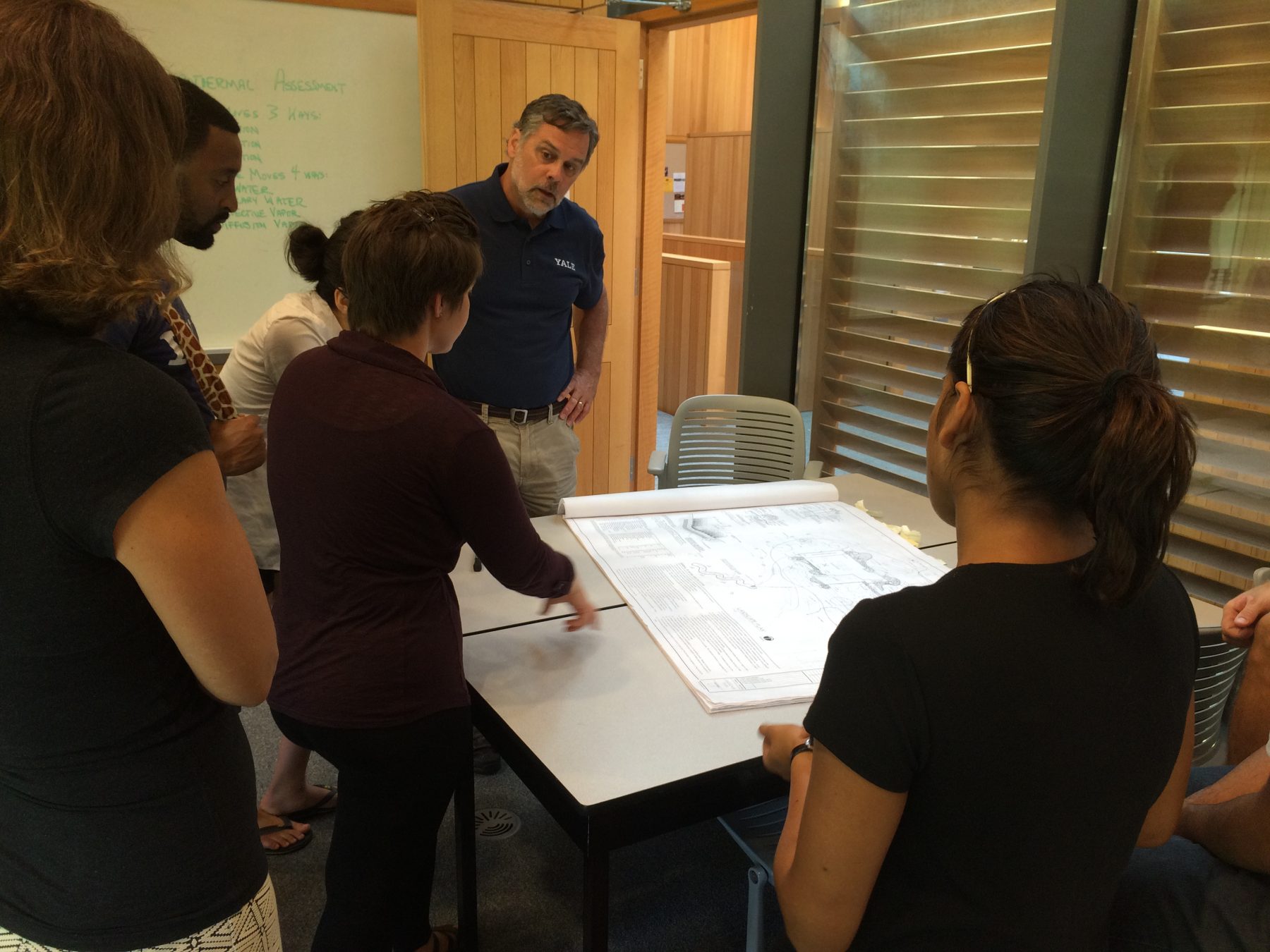 I get asked this quite a bit: when should I involve a building performance consultant in the architectural design process? The answer is: the moment